In 2008, as a result of the ongoing legal battles surrounding the 1999 termination of copyright transfer, one-half of the copyright in the Superman material originally published in Action Comics #1 reverted to the heirs of Jerry Siegel.  That material includes:

In 2013, the remaining half of the copyright on that material will revert to the heirs of Joe Shuster.  This will leave DC and Warner Brothers unable to continue using those elements of the character unless they choose to come to a financial agreement with the Siegel and Shuster heirs.

"DC will very soon be unable to publish stories about 'Superman' as the world now knows him, so he must be changed.  And either because he's so central to the DCU or just because they want to put up a smokescreen, they're tweaking all their other characters, too—some more than others."

Nightwing of Kandor, on the Superman Through the Ages! forum

"Many of you have heard rumors that DC Comics has been working on a big publishing initiative for later this year.  This is indeed an historic time for us as, come this September, we are relaunching the entire DC Universe line of comic books with all new first issues.

"The new #1s will introduce readers to a more modern, diverse DC Universe; with some character variations in appearance, origin and age.  All stories will be grounded in each character's legend—but will relate to real world situations, interactions, tragedy and triumph. 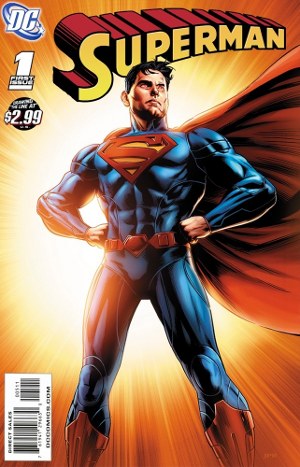 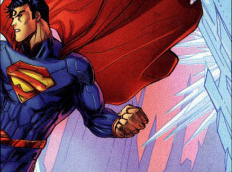 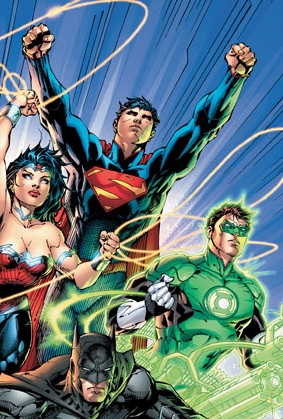 "A certain level of fearlessness is needed among the artists—they need to be inspired by the past but not paralyzed by it.

"If we do it right, the characters will continue to be recognized as the iconic characters they are, but at the same time we want to update some sensibilities—if you've been reading comics for a very long time, you can kind of overlook the bright colors and the design.  You internalize them and see them as normal or acceptable.  But if you saw someone walking down the street in that, you would view it as odd—so when the costumes were interpreted and put on screen and in video games, modifications were made, and now the question is why in the world of comics should we be any more beholden to those original designs?

"The history of Superman is really a thousand different histories that stretch across media.  Part of the fun of comic books is that it's not just one iconic book that is set in stone forever.  It's a massive, decades-long collaborative work that is unlike any other work in the history of literature."

"— is being reexamined.  It's something that is so valuable to the character's story that we really want to explore all facets of it—not just as it currently exists.

"What we're going to see is a lot of big changes for Superman.  We really went back to the core of the character, and more importantly, we got somebody in Grant Morrison who is is taking the character and reinventing him so that he has a real contemporary tone, in a really contemporary time; but is still staying true to his core.  I think it's important for us to make sure that Superman stays as relevant today as he was when he first was created back in the '30s."

"Superman is the greatest idea we've had as a human species.  It's time to make a new language for comics, a new kind of philosophy, a new kind of propulsive storytelling that will do things that the movies can't even catch up with.

"We hope everyone's going to get involved and join us in this voyage into the unknown."

—Grant Morrison, new writer of Action Comics
("The cornerstone of the DC Universe") 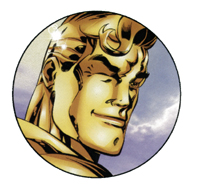