These stories may still see print:

Not a dream, not a hoax, not an imaginary story, it's the

After a brief hiatus, Awesome Comics has announced their plans to move ahead with a new publishing schedule.  "We're excited to be back on track and we look forward to getting back in the game," says Awesome Marketing Director Matt Hawkins.  "While the hiatus period that we are now emerging from has been both frustrating and problematic, we are confident that the fans and retailers will respond positively to our schedule as we move forward."

Awesome Adventures is the tentative title of a new series with a magazine style format that will feature the vast library of Alan Moore material in Awesome's possession.  "There are nearly two dozen issues of Supreme, Youngblood, Glory and Warchild that we purchased from Alan and we intend to publish these stories along with the artwork that was commissioned by Steve Skroce, Brandon Peterson and Chris Sprouse in this exciting new format.

"Alan's genius deserves to be shared with his vast audience and we believe that this new format is the most effective way of satisfying their appetite.  Awesome Adventures will feature a rotation of Supreme, Youngblood, Glory and Warchild, much the same way Heavy Metal and Frank Frazetta's Fantasy Illustrated are designed, except that every story is written by Alan and features a different artist.  We think that this format is going to be an effective and innovative way of reaching new markets.  The first few issues will feature work by artists Steve Skroce, Chris Sprouse, Brandon Peterson, Rob Liefeld and many more talented pencillers.  We are currently in final negotiations with several talented folks eager to work with Alan Moore."

Awesome intends to publish both Alex Ross Supreme paintings as posters and make them available to fans and retailers throughout the summer convention season.

"Supreme is the best Superman comic currently being published" 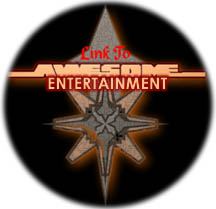